A Jerusalem-based human rights group on Tuesday released new statistics revealing that Israeli security forces and armed settlers‘ violence against Palestinians in the illegally occupied territories escalated in 2021 to the highest levels in seven years.

Last year was the deadliest year for Palestinians living under occupation since 2014, when Israel launched Operation Protective Edge and killed thousands in the Gaza Strip, according to B’Tselem – the Israeli Information Center for Human Rights in the Occupied Territories.

The latest figures from B’Tselem follow Operation Guardian of the Walls in May 2021.

More than two-thirds of all Palestinian casualties last year were from that assault of Gaza.

In 2021, Israeli security forces killed 313 Palestinians, including 71 minors: 236 in the Gaza Strip, 232 of them during Operation Guardian of the Walls; and 77 in the West Bank (including East Jerusalem).

Nine Israeli civilians, including two minors, were killed by Palestinians, six of them by rocket fire from the Gaza Strip during Operation Guardian of the Walls.

Three foreign nationals were also killed by rockets. Two members of the Israeli security forces were killed by Palestinians.

The group notes that it was unable to determine whether Israeli attacks or rockets fired from Gaza during the May operation killed eight Palestinians, six of them minors.

Blasting “Israel’s lethal, wanton, unlawful open-fire policy,” B’Tselem says that while the policy has been defended by Israeli government ministers, legal advisers, and military commanders, the facts show deadly shootings “are a routine affair, and no one is held accountable.”

The Israel Defense Forces (IDF) recently updated its official policy. The Times of Israel reported last month that it used to “allow soldiers to open fire only while trying to arrest a suspect if that person were still in the act of throwing rocks or Molotov cocktails at cars, but not after the fact.” 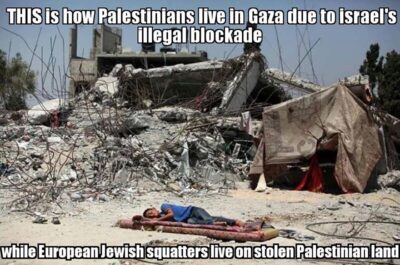 The newspaper explained that “under the new policy, if soldiers see a Palestinian person throwing a rock or firebomb at cars, they are permitted to go through the arrest protocol in its entirety, including the use of deadly force if necessary, even if, by that stage in the process, the suspects no longer have firebombs or rocks in their hands.”

B’Tselem points out that “eight of the fatalities in 2021 were killed at or near protests against the establishment of the Eviatar outpost on land belonging to the villages of Beita, Qablan, and Yatma—demonstrating the means Israel’s apartheid regime takes over Palestinian land for the purpose of establishing Jewish settlements.”

The group also highlights how many Palestinians were displaced because Israeli authorities demolished their homes, estimating that 895 people, including 463 minors, were left homeless due to the destruction of 295 residences.

“These demolitions are not a matter of ‘law enforcement,’ as Israel claims, and Palestinians who build without permits are not ‘criminals,'” adds B’Tselem.

“The Israeli apartheid regime blocks almost all Palestinian development in vast parts of the West Bank, including East Jerusalem—while building massively for Jews.

This policy leaves Palestinians no choice but to build without permits, so as to have a roof over their heads.”

The new statistics come amid an International Criminal Court probe into allegations of war crimes against Israeli forces and Palestinian groups since June 2014. The U.S.-based group Human Rights Watch (HRW) said last year that the Israeli military’s bombing of certain structures in Gaza during Operation Guardian of the Walls could amount to war crimes.