A “protection racket” is a scam where an aggressor instigates an attack, blames a bogeyman, and then offers to protect the victim from this bogeyman in return for money and power.

The “War on Terror” is a protection racket. The aggressor is the world financial elite known as the “Crown” based in the City of London. Their instrument is the Zionist project, specifically Israel, the Mossad and its Neo Con allies. 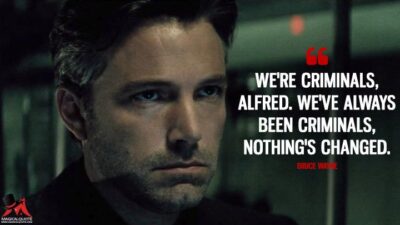 By Philip Weiss July 9, 2015
Just as relative today as then, nothing has changed!

On Monday, President Obama appealed to the Congress to approve his nominee for the counter-terrorism czar in Treasury: Adam Szubin.

“This is a vital position for our anti-terrorism efforts,” Obama said, and Szubin is “highly qualified.”

Is one of those qualifications that Szubin is Jewish? It sure looks that way.

As the Jewish Telegraphic Agency pointed out when Szubin was nominated in April, he would be the third Jew to hold this job: “In 2002, he helped found DC Minyan, an Orthodox congregation based on egalitarian principles.”

Michael Chertoff, an Israeli citizen, the son of an Orthodox rabbi and a pioneer of the Mossad, headed the Criminal Division of the Department of Justice in 2001, and as such was responsible for the retention and destruction of all evidence regarding the 11th of September – from Pentagon cameras to World Trade Center beams. It is to him also that the “dancing Israelis” owe their discreet repatriation. In 2003, he was appointed to head the new Department of Homeland Security in charge of counter-terrorism on U.S. territory, which allows him to control dissent while continuing to restrict access to the file of Sept. 11 through the law of Sensitive Security Information.

The two other men to hold this job before Szubin were Stuart Levey– who studied under Marty Peretz at Harvard and wrote his college dissertation about saving the Zionist “dream” from Meir Kahane’s extremism– and Levey’s deputy David Cohen, who had the blessing of Alan Dershowitz.  “He is very consciously Jewish,” DC attorney Nathan Lewin told the JTA.

It’s a good bet that Szubin also has pro-Israel cred.

The reality is that the position of counter-terrorism czar is an Israel lobby job.

He (they’re all men) is tasked with keeping up sanctions pressure on Iran through the international banking system, but also supporting the president’s efforts to negotiate a new relationship with Iran.

David Cohen talked very tough about Iran when I heard him at NYU 3 years ago; and Obama could certainly point to Cohen and Levey as living proof that he was not being soft on Iran, and is trying to shut down Hezbollah and Hamas even as he seeks change. Covering his bases. Levey was a George Bush appointee; but Obama kept him on in his administration, and got cheers from the Jewish community for doing so.

That organized pro-Israel community wanted a signal that Jews who care about Israel are involved in making policy on Iran.

And Obama cared what Jews thought. He has to.

Who else opposes the Iran deal besides the organized pro-Israel Jewish community? As Eli Clifton reports, it’s megadonors Thomas Kaplan and Sheldon Adelson, both giant supporters of Israel, who are backing one of the leading attack dog groups trying to stop the Iran deal.

This big rally against the deal is being organized at a synagogue in Long Island.

The Iran deal could be a huge win for the president.

But he needs organized Jewish community support to bring it off.

So yes, that’s why Under-secretary of Treasury for counter terrorism and financial intelligence is in essence a Jewish position.

Speaking of the pressure on the Obama administration over Iran from the organized Jewish community, look at the unseemly piece at Huffo about UN Ambassador Samantha Power from rightwing rabbi Shmuley Boteach.

Boteach is Power’s former character reference, which on its face is ludicrous, but a reflection of the political power dynamics. 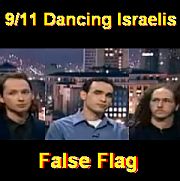 He notes that the “Jewish community” never really trusted Power till he stood up for her, but it will turn against “Samantha” — addressing her in a familiar manner– if she doesn’t oppose a Palestinian state…

Ambassador Power wasn’t implicitly trusted by members of the Jewish community when she took her role in the National Security Council.

After writing an op-ed where I encouraged her to clarify her statements, she did just that.

We met in the White House… I became intent on transforming the Jewish community’s opinion of her, working side-by-side to persuade others that she was someone whose judgment and understanding of the conflict could be trusted when it came to issues related to Israel.

Ultimately, when the time came for her nomination to serve as US Ambassador to the United Nations, the Jewish American community registered strong, widespread support.

Yet in recent months, the Ambassador Power currently representing America before the United Nations has been a far cry from Samantha I knew.

It has pained me to see her embrace the disastrous Iran deal, even as its leadership repeatedly and unapologetically threatened Israel with genocide.

You’d think Boteach is a rightwing loose cannon, but he’s not.

He writes an op-ed and gets invited to the White House.

He’s got power because the lobby transcends party alliances.

Just as Stuart Levey served two presidents, it didn’t matter what party they were.

Just as Hillary Clinton promised that she’d reach across party lines to oppose the international boycott campaign against Israel.

Israel supporter David Makovsky interprets Clinton’s message as a signal to the Obama administration not to OK a French resolution in favor of a Palestinian state because it could hurt her too much in the upcoming presidential race.

As Martin Indyk once explained, “the Jewish factor” caused Obama to fold on settlements back in 2011.

[Jews] tend to vote for Democratic candidates and they provide a good deal of funding for political campaigns.

So the Jewish factor is always a critical factor for Democratic candidates.

I don’t think it’s telling any secrets that there are a lot of people who have been upset with President Obama.

And I think that the White House came to the understanding that they have a real problem there and they are going out of their way trying to show they are friendly to Israel and committed to peace.