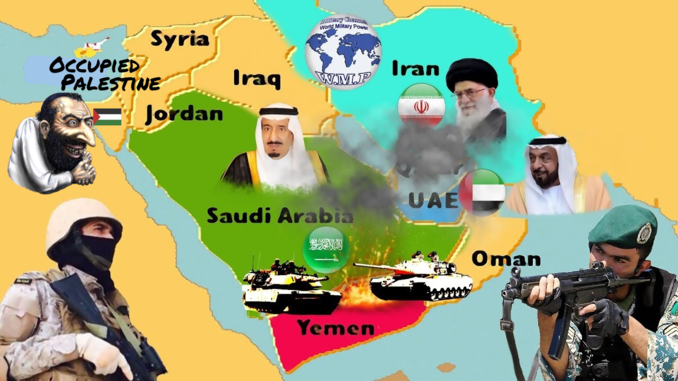 Within hours, the Iranian press reported that 14 members of the Islamic Revolutionary Guard Corps (IRGC), including Hassan Tehrani Moghaddam, popularly known as “the father of the Iranian missile,” had died in an accident at the Shahid Modarres base, 30 miles outside the city.

At the funeral, attended by the religious, civilian and military leaders of the Islamic Republic, the bereaved wept.

An IRGC general attributed Iran’s military deterrence and its “self-sufficiency” to Moghaddam, while Ali Khamenei, Iran’s supreme leader, credited him with “filling Palestinian hands with missiles instead of stones to strike these arrogant terrorists.”

The mourners doubted Moghaddam and the other IRGC officers had died accidentally but had instead been killed in an Israeli attack, one of a string of recent political assassinations aimed at the heart of Iran’s security state.

Days before his death, Moghaddam, who headed the IRGC’s missile division, had ordered missile test results duplicated and stored in secret locations owing to a fivefold increase in explosions at key security sites in the previous year.

While the epitaph on his gravestone in Tehran reads “Here Lies a Man Who Wanted to Destroy Israel,” it is safe to assume Moghaddam knew his enemies would likely get to him first.

Although Tehran still struggles to deter so-called gray zone attacks by Israel such as assassinations and sabotage, its missile program, built from scratch by Moghaddam, has successfully deterred the airstrikes regularly threatened by Israel.

It has also deterred the United States from carrying out airstrikes, particularly during the first term of then-President George W. Bush, with U.S. forces occupying neighboring Iraq.

In the decade before his death, Moghaddam was involved as much in strengthening Iran’s missile defense and counterstrike system as he was in integrating Hezbollah’s defense into Iran’s own program, training a cadre of Lebanese engineers.

“Knowledge cannot be bombed,” he said, giving voice to Iran’s policy not only of supplying missiles but also, crucially, sharing know-how to sustain the deterrence.

Today, the balance of power is broadly equal; for the U.S. or Israel to launch a war against Iran or Lebanon is almost politically unthinkable.

“The Iranians and Lebanese Hezbollah now have a really deadly reconnaissance strike complex,” explained Michael Knights of the Washington Institute.

“They can absolutely wreck the infrastructure, lifestyle and economic functioning of their close enemies.”

Of course, the reverse is also true, but Iran’s strategy is not suicide, despite Moghaddam’s epitaph, but to stabilize the Resistance, an alliance of nations opposed to the U.S. security constellation of the Middle East: Iran, most of Shia Iraq, the Syrian state and Hezbollah.

This Resistance sees Israel, Saudi Arabia and the United Arab Emirates as part of an increasingly unstable American empire, whose power needs to be checked.

Yet Tehran’s goal goes further than merely maintaining a balance of power with its enemies or ending their influence in the region.

Instead, Iran believes it is offering an alternative to the crumbling U.S. version of modernity, sustained, at least in theory, by multibillion-dollar defense industries. Iran’s military-industrial complex is the tip of the iceberg of a wider political project.

The Tehran-Beirut alliance has brought Hamas in Gaza and Yemen’s al-Houthi fighters into the Resistance, training their engineers and smuggling components to produce Moghaddam’s designs.

Over the past decade, the Tehran-Beirut alliance has brought Hamas in Gaza and Yemen’s al-Houthi fighters into the Resistance, training their engineers and smuggling components to produce Moghaddam’s designs.

This military cooperation supports allies but also bolsters Tehran’s own deterrence against Israel and Saudi Arabia by having missiles placed on their more vulnerable southern borders.

“With blood, sand and love, they are sent, built and launched,” is how the rank-and-file IRGC refer to the emerging military-industrial complex of the Resistance…