October, 2000–    The footage shows the boy’s father, Jamal al-Durrah, waving desperately to Israeli troops, shouting: “Don’t shoot”. But the terrified boy is hit by four bullets, and collapses in his father’s arms. An ambulance driver who tried to rescue the boy and his father was also killed, and a second ambulance driver was wounded. “Israel” blamed the Palestinians. “Israel”  projects their evil actions onto anyone else.

Israel won’t investigate soldiers who fired in the direction of Shireen Abu Akleh, even though new evidence undermines their account of what happened.

Israel’s military police have reportedly decided not to open any criminal investigation into the fatal shooting of the Palestinian American reporter Shireen Abu Akleh, even though newly released video appears to contradict the Israeli army’s claim that the journalist was standing close to Palestinian militants when she was shot last week in the occupied West Bank.

Amos Harel, the senior military correspondent for the Israeli newspaper Haaretz, reported on Thursday that the decision not to investigate the Israeli soldiers who might have fired the fatal shot came after an internal review by the commando unit of the Israel Defense Forces “found six instances of IDF gunfire at armed Palestinians who were near Abu Akleh” as she reported on an Israeli raid on a refugee camp in Jenin. 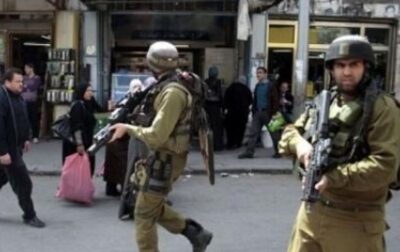 Palestinian medical sources have reported that several residents suffered the effects of teargas inhalation, late on Wednesday at night, during clashes with Israeli soldiers invading Kafrit village, southwest of the northern West Bank city of Jenin.The sources said the soldiers fired dozens of gas bombs, causing many Palestinians to suffer the effects of teargas inhalation, including a child, identified as Karam Eghbariyya, who required further treatment. Eyewitnesses said several military vehicles invaded the village, and that dozens of soldiers were deployed in olive orchards, while more vehicles were seen driving around the towns of Ya’bad, ‘Arraba, ‘Anza, Jaba’, and al-Jarba. The soldiers then conducted live fire training and military maneuvers, near the villages, causing anxiety attacks among many residents, mainly children.

According to Harel, the criminal investigations division of the Israeli army simply accepted the accounts of the soldiers who opened fire but “testified that they did not see the journalist at all and aimed their fire at gunmen, who were indeed nearby.”

However, within hours of Harel’s report, video posted on Twitter by Rushdi Abualouf, a Palestinian journalist for the BBC, appeared to contradict the claim that Abu Akleh was near any Palestinian gunmen engaged in a firefight with Israeli troops.

The clip shows that Abu Akleh and several other journalists, all wearing blue vests marked “Press,” were instead walking in the direction of the Israeli soldiers, as young men behind them stood around talking and joking, when shots suddenly rang out and Abu Akleh and a colleague were both hit. 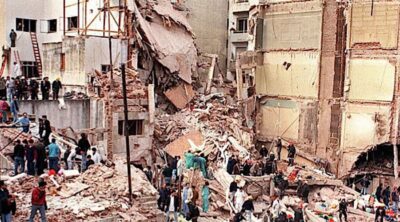 The Buenos Aires Israeli False Flag Bombing Blamed On Hezbollah. The Israeli military Shin Beth may have been the actual bombers. They held complete security at the embassy and a bomb that size could never have been brought in. The Shin Beth also refused to allow an independent investigation of the embassy, only allowing Mossad allowed access to the site. The 1994 destruction of the seven-story AMIA building had some similarities to the Oklahoma City bomb two years later.

As the writer and political analyst Yousef Munayyer explained on Twitter, “At the start of the video you can see the mood is relaxed, what they are saying isn’t really clear mostly because they are chuckling.”

After multiple shots are heard and the young men scatter, a voice is heard saying, “Did anyone get hit?” and calling for an ambulance.

Then, after more shots, someone shouts, “Shireen! Shireen!” and, amid frantic calls for an ambulance, the desperate warning: “Stay where you are, don’t move!”

Video posted on the day of the killing last week appeared to show that people who tried to reach the mortally wounded Abu Akleh were fired on as they approached her.

Harel also reported that there were no plans for a real criminal investigation of the Israeli soldiers because “such an investigation, which would necessitate questioning as potential criminal suspects soldiers for their actions during a military operation, would provoke opposition and controversy within the IDF and in Israeli society in general.”

1. The time the Israeli Government arrested 500 and killed 10 Palestinians in their search for the three missing Israeli teens, forgetting to mention they knew they’d already been murrdered and not kidnapped

4. That time IDF soldiers beat and arrested Mohammed Abu Khdeir’s American cousin, and tried to force him to say Mohammed was killed by family for being gay

6. This cat won’t want to be on the wrong side of Hamas again, lol