Israel has failed to provide any “evidence” that would justify a designation of such severe implications, and there is no reason to expect that any forthcoming information would be more convincing.

Mohammed El Halabi, United Nations Humanitarian Hero and head of the US-based World Vision (WV) office in Gaza, has been in prison since 2016 – until last week unconvicted. He was charged with funneling $50 million in donations away from the charity.

Tim Costello, CEO of World Vision, called the charge “profoundly incomprehensible,” given that “our total budget in Gaza for 10 years was only $22.5 million.”

El Halabi had been managing Gaza operations for less than two years before his arrest.

In addition to embezzlement, he was also accused of redirecting thousands of tons of iron to Hamas – iron which World Vision had allegedly imported through the Kerem Shalom crossing for construction projects.

Once again, the organization explained that it neither uses the Kerem Shalom crossing nor imports iron into Gaza.

In fact, according to his attorney, El Halabi actively rejected WV requests to import items that could fall into Hamas’ hands. (The designation of Hamas as a “terror organization” is a matter of opinion.)

Favoring a 3rd party “confession” over the defendant’s testimony

Israeli authorities allege that Mohammed El Halabi made a confession which, according to the Guardian, “was based on notes made by an investigator, who talked to another prisoner who heard it.”

The Times of Israel adds that El Halabi’s “confession was coerced by an informant who “faked and distorted key details.”

When El Halabi explained the circumstances of the “confession” and disavowed it, judges rejected his testimony as not credible.

The subsequent verdict was based heavily on the sham confession, which Justice Natan Zlotchover described as “detailed, coherent, with signs of truthfulness.”

The NGOs targeted by Israel include:

This continued lack of evidence strongly indicates that the purpose of Israel’s designation is to eliminate the advocacy of Palestinian NGOs, and to severe their relationships with international donors.

Regarding World Vision’s argument that the alleged amount of the embezzled funds is outside the scope of reality, the Israeli justices claimed that the exact figures were irrelevant: “There is no need to make accurate calculations…Evidence for the transfer of significant sums suffices” – evidence that is “secret.”

In addition to regular audits by PricewaterhouseCoopers and the Australian government, World Vision ordered a major law firm to conduct an investigation into the charges against El Halabi. The Washington Post recently reported,

A team of around a dozen lawyers, including several former assistant U.S. attorneys, reviewed nearly 300,000 emails and conducted over 180 interviews. Forensic auditors scoured nearly every financial transaction at World Vision from 2010 until 2016.

In July 2017, they submitted an over 400-page report of their findings to World Vision…the report found no evidence that El Halabi was affiliated with Hamas or had diverted any funds.

The Australian government, a major donor to World Vision, also conducted a special review and found no wrongdoing; the United States Agency for International Development (USAID) reached the same conclusion.

In spite of these consistently exemplary reports, the Israeli court remained unconvinced. 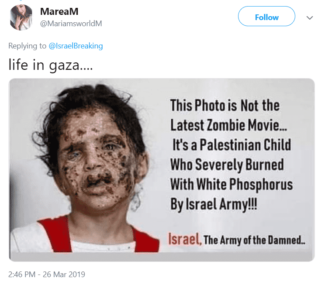 Israeli torture & other failures of due process

In violation of international law, Israel kept Mohammed El Halabi in prison for weeks before he was allowed access to an attorney, and before informing his family of his whereabouts. He reported that his Israeli interrogators beat him – the UN says his treatment “may amount to torture.”

When his attorney was brought in, his access to Israel’s supposed evidence was severely restricted.

As the judicial process dragged on for 6 years, El Halabi’s wife and 5 young children only rarely got to visit him in prison (read more about Administrative Detention here). He attended over 160 court sessions.

According to his attorney, the Israeli court system has refused to provide El Halabi with qualified translators, impairing his ability to respond effectively to questioning.

Representatives from the UN, World Vision, and other groups, concerned about the legitimacy of his trial, have tried to observe court proceedings or view trial documents, but were routinely blocked by Israel.

These refugees from Europe are illegal immigrants and terrorists in Palestine

Speaking to DAWN, Democracy for the Arab World Now (co-founded by the late Jamal Khashoggi), Mohammed El Halabi’s attorney revealed how uncooperative Israeli officials were about witnesses for the defense:

They said, “If you bring witnesses from Gaza, we will arrest them.” We said, okay, no problem.

The witnesses agreed to be arrested because they said the allegations are nonsense, so we brought them, they testified, and they contradicted every allegation in the charge sheet.

They couldn’t address the evidence because the state doesn’t have any evidence; they could only dispute the allegations in the charge sheet.

In an interview for Mondoweiss, El Halabi described the court evidence as “fabricated” by the collaborator, who is a convicted criminal and forgery specialist.

It makes a mockery of due process and the most basic fair trial notions to hold someone for nearly six years in pretrial detention based largely on secret evidence.

When Mohammed El Halabi was arrested in 2016, World Vision suspended its Gaza operations, halting the distribution of medical supplies, food aid, and psychosocial support for 40,000 children. The charity remains shuttered in Gaza today.

According to Save the Children, 4 out of 5 children in Gaza struggle with depression, grief, and fear.

Let that sink in. [Through El Halabi] Hamas stole critical support for Palestinian children so that they could kill our [Jewish] children. So I ask you – who cares more about Palestinians?”

The same Israel that “cares” about Palestinian children, has killed over 2,300 of them since 2000; Palestinians have killed 137 Israeli children in the same time period. Israel has kept Gaza under a brutal blockade for 15 years, bombed children’s hospitals and schools, prevented children with cancer from getting the help they needed, poisons their water, and more.

Israel claims to support the work of aid organizations like World Vision – but the humanitarian crisis in Gaza is a direct result of Israel’s human rights abuses against Palestinians.

Israel recently outlawed 6 excellent Palestinian human rights orgs, claiming they have ties to terrorism – a move that – like the El Halabi case – was baseless and drew swift condemnation from around the globe.

Much of the evidence on which Mohammed El Halabi was indicted is “classified”; much of the proceedings were closed.

When a colleague of El Halabi was called to testify, Israel denied him permission to cross the border from Gaza to appear in court.

Even the text of the verdict – 254 pages long – is classified.

Yumna Patel writes that this is a favorite strategy in Israel:

It’s a classic move in the Israeli toolbox: in the face of lack of any real evidence of a crime, Israel pulls out the “secret evidence” card.

Is a Palestinian politically active in their community, and could pose a potential ‘threat’ to the state? Imprison them under secret evidence.

Is a human rights advocate working to bring attention to Israel’s apartheid? Ban them from traveling under secret evidence.

Are Palestinian civil society organizations threatening to hold Israel accountable for its crimes at the International Criminal Court? Criminalize the organizations and outlaw their work under secret evidence.

Sentencing for El Halabi is expected in the next few weeks. World Vision supports his appeal against the ruling will and calls for “a fair and transparent appeal process based on the facts of the case.” 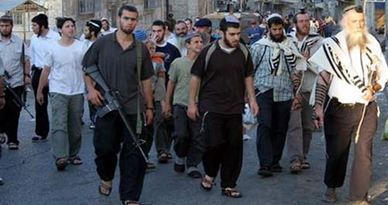 In the US or any other country with a developed legal system, courtroom practices such as those described above are illegal. “Due process” – the idea that legal matters must be resolved according to established rules, and that individuals must be treated fairly – is enshrined in the laws of many countries, including Israel.

Yet, Israel routinely defers in its dealings with Palestinians to so-called secret evidence, coerced confessions, and other highly problematic practices.

Israel is hyper-prosecutorial against Palestinians – trying “crimes” in its military court as minor as alleged stone-throwing, punishable with up to 20 years in prison; locking up Palestinians by the thousands each year; over-using administrative detention; employing “enhanced interrogation” methods (i.e. torture); coercing confessions and plea bargains, resulting in a 99.7% conviction rate.

On the other side of the coin, the Israeli justice system goes easy on Israelis – illegal Israeli settlers enjoy impunity when they attack Palestinians; Israeli soldiers who participate in gratuitous violence may get a slap on the wrist; there are many examples of Israelis’ freedom to deprive Palestinians of life, liberty, and property without consequences.

The US government has since the birth of Israel overlooked documented, fact-checked reports of Israel’s blatant misconduct, instead standing by Israel’s side – in essence, blessing its crimes.

In spite of Israel’s reputation for human rights abuses against Palestinians, its well-documented collaboration with authoritarian regimes (including arms sales and spyware), and even its attack on a US Navy ship – the United States government consistently calls Israel an ally.

A number of major human rights organizations have published detailed, documented reports characterizing Israel as an apartheid regime – the United States has condemned each report out of hand.

On over 50 occasions in the last half century, following egregious violations of international law by Israel, the UN Security Council has tried to pass resolutions censuring Israel – only to have the United States use its veto power to block them.

Mohammed El Halabi is just one of 800,000 Palestinians who have been arrested by Israel since 1967; at this moment, about 5,300 Palestinians are political prisoners of Israel or locked up in administrative detention. The United States government is aware of these practices, yet continues to subsidize Israel’s military to the tune of $10 million a day.

While US leaders, heavily influenced and represented by Israel partisans, choose to believe myths about Israel, it turns a blind eye to truths about Palestine – and is currently pressuring the International Criminal Court to drop its war crimes case against Israel.

Israeli criminality runs deep; so does US governmental complicity.