Zionist Organization of America (ZOA) ignores Foreign Agent Registration Act orders since inception. It is an illegal entity in the US.

‘Never Bernie’ AIPAC now sounds a lot like a pro-Trump caucus, not a bipartisan pro-Israel lobby. But it has no choice

This past week AIPAC found a way to alienate just about everyone in the American political world.

After the group’s decision to run Facebook ads calling out some Democrats as “radicals” and “anti-Semitic” only to apologize for doing so, both liberals and conservatives were disgusted with the pro-Israel lobby, accusing it of political bias as well as incompetence.

But while there was much to criticize about its choices, maybe it’s time to acknowledge that in the 2020 election year, AIPAC has been given an impossible task with no possible path to success.

The problem facing the pro-Israel lobby is that the political climate simply isn’t conducive to the way it has carried out its mission for the last several decades.

In more normal political times, it was easy for the group to act as an umbrella group uniting supporters of Israel from the right, left and center behind a common agenda of support for 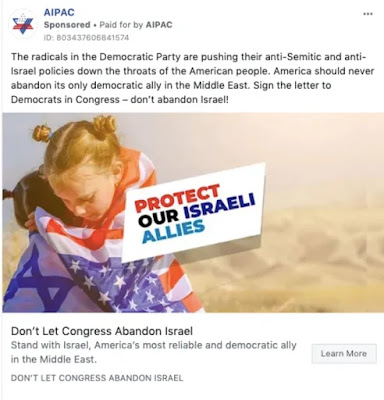 The problem facing the pro-Israel lobby is that the political climate simply isn’t conducive to the way it has carried out its mission for the last several decades.

In more normal political times, it was easy for the group to act as an umbrella group uniting supporters of Israel from the right, left and center behind a common agenda of support for Israel’s government and the Jewish state’s security.

While it has long been accused of having a right-wing bias, that was largely a myth. AIPAC’s core operating principle was an effort to curry favor on both sides of the aisle.

Supporters in every state and congressional district in the United States had marching orders to cultivate friendships with any politician who might wind up in Congress,and the result was a powerful network that was fueled in part by donations and personal influence.

But it also worked because both Republicans and Democrats rightly understood that support for Israel among American voters was a function of broad and popular consensus.

AIPAC has done its best to nurture that consensus with an almost religious insistence on bipartisanship even when that meant their support for a two-state solution was not quite in step with the Likud-led coalition that has governed Israel for the past 11 years.

Threading that needle was often difficult. But in 2020 it may actually be impossible.

The first obstacle to AIPAC’s ability to maintain at least a façade of bipartisanship rests on the fact that the Trump administration has given both Israel and its American friends more or less everything it has been demanding of every White House for the last 40 years.

But with Trump’s recognition of Jerusalem as Israel’s capital, support for its sovereignty on the Golan Heights, demands for the Palestinian Authority to halt its subsidies for terrorists and their families and now a peace plan that is heavily tilted toward the Jewish state, he’s left no room for the Democrats to compete with him for the title of Israel’s friend.

But since even the majority of Democrats who are longtime dedicated supporters of Israel opposes those Trump policies that AIPAC applauds – on Iran and the peace process – it’s difficult for the lobby to maintain its traditional stance of bipartisanship. 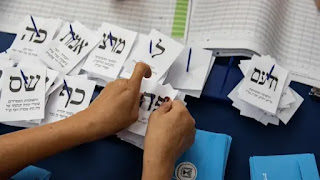 At the same time, AIPAC is broadly supportive of efforts by centrist Democrats to prevent their party from being hijacked by left-wingers that don’t share their friendly attitude toward Israel.

In the lead up to the Iowa caucus, the Democratic Majority for Israel, a year-old political action group and super PAC, invested heavily in negative ads aimed at derailing the campaign of Sen. Bernie Sanders.

Mark Mellman, the veteran Democratic strategist who leads the group, told me that its efforts – which are funded by the party’s leading pro-Israel donors – helped steer late deciding voters away from the Vermont Democratic Socialists.

It’s in that context that the AIPAC Facebook ads that so offended Democrats must be seen. For centrist pro-Israel Democrats, the problem with Sanders is not just that he is the most critical toward Israel of all the Democrats. It’s that the left-wing activist base that is fueling his candidacy is also largely hostile toward the Jewish state.

Sanders is backed by Representatives Ilhan Omar (D-Minn.) and Rashida Tlaib (D-Mich), who are supporters of the BDS movement and are accused of (by 5th column Zionists) using anti-Semitic language and tropes in their criticisms of Israel’s supporters. 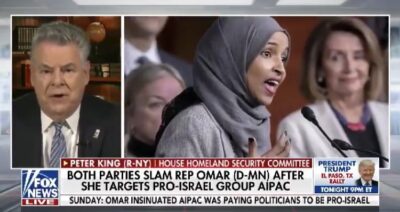 Sanders’ surge and the apparent collapse of support for the centrists’ favorite candidate, former Vice President Joe Biden, has left the Democratic Majority for Israel and its allies in full stop-Sanders mode.

Which is undoubtedly why AIPAC was following the Super PAC’s lead when it ran ads that alleged that “radicals in the Democratic Party are pushing their anti-Israel and anti-Semitic agenda down the throats of the American people.”

That was a clear shot at Omar and Tlaib. But singling those two women out in a manner reminiscent of the broadsides Trump has aimed at them offended some of AIPAC’s Democratic friends – both because they are leery of taking them on, and also because it seemed to imply that the problem is bigger than just those two BDS supporters.

Faced with criticism from those Democrats who are supportive of Israel, AIPAC had to apologize and take the ads down.

But doing that angered right-wingers who, not unreasonably, pointed out that what AIPAC had done was to intervene in a Democratic civil war on the side of supporters of Israel.

The Jewish right already thought AIPAC’s reflexive bipartisanship was obsolete in a political environment in which the GOP is a lockstep pro-Israel party, while the Democrats are increasingly split on whether to support it.

But this incident only strengthened that conviction.

That won’t stop AIPAC continuing with business as usual on Capitol Hill in which it works with its friends in both parties. And its annual conference in March will undoubtedly highlight the fact that a record number of Democratic members of Congress went to Israel last year and that Omar and Tlaib aren’t representative of their party’s beliefs.

But with anti-Zionist groups like IfNotNow going all out to persuade Democrats to skip the AIPAC conference this year – a stance that Sen. Elizabeth Warren appeared to endorse – the issue for the group is not whether its doing enough to woo Democrats, but the fact that there may no longer be any neutral ground between the parties to which the lobby can rally its liberal supporters.

At a time of unprecedented hyper-partisanship,and with the possibility that support for Israel will be a point of partisan contention in the fall presidential campaign – especially if the Democrats nominate Bernie Sanders, it’s hard to see how AIPAC can continue to navigate between the parties.

It just isn’t possible to attack Democrats who are anti-Israel without sounding pro-Trump.

While it’s easy to criticize the pro-Israel lobby for its missteps, the real problem is that at a time when Democrats are divided on Israel and Trump is tilting hard toward the Jewish state all the time, AIPAC is just being asked to do something that may no longer be possible.