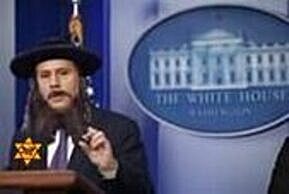 I didn’t know these particular roots of Blinken but I had him pegged as an Israeli agent for sure.

My liveliest interest is not so much in things, as in relations of things. I have spent much time thinking about the alleged pseudo-relations that are called coincidences. What if some of them should not be coincidences?’ — Charles Fort, author of ‘Wild Talents’

Newly anointed President Joe Biden chose for U.S. Secretary of State a creature from the bowels of the Crime Syndicate cesspool named Antony Blinken, who has often been described in the press as Biden’s closest and most-loyal friend.

Blinken’s stepfather, one Samuel Pisar (1929-2015), was a “long-trusted attorney” for Israeli and Soviet Union superspy Robert Maxwell (1923-1991). Based in Paris, Pisar “had become one of Maxwell’s few confidants and probably his closest business adviser,” according to reports at the time.

He attended the prestigious Dalton School in New York City until 1971, when he moved to Paris, France, with his divorced mother and her new husband, the aforementioned lawyer Samuel Pisar.

As you may recall, the notorious Jeffrey Epstein was a teacher at Dalton School and Bill Barr’s father was its principal.

Donald Barr “hired Epstein to teach at Dalton when Epstein was merely a 20-year-old college dropout from both Cooper Union and New York University.

Epstein taught at Dalton 2 years before he was hired by the investment bank Bear Stearns.”

During the Clinton Administration, the then-assistant secretary of state for European and Canadian affairs brought Blinken into the National Security Council.

The fast-rising Blinken was well established in American foreign-policy circles.

He worked as a senior fellow at the Center for Strategic and International Studies from 2001 to ’02 and then served as Democratic Staff Director of the Senate Committee on Foreign Relations from 2002 until 2008. During that time, he became a close friend of then-Sen. Joe Biden.

In 2006, Donald Blinken and Jeffrey Epstein were both members of the Council on Foreign Relations.

When Democratic nominee Barack Obama chose Biden as his running mate in the 2008 election, Biden gave Blinken a broad portfolio, including managing the team’s Iraq policy.

From 2009 to 2013, he served as Deputy Assistant to the President and National Security Advisor to the Vice President and helped craft U.S. policy on Afghanistan, Pakistan and the Iranian nuclear program.

He was appointed Deputy National Security Advisor in 2014.

Blinken’s half-sister, Leah Pisar, also worked at the State Department and as communications director at the National Security Council during the Clinton administration.

Most of the background on stepfather Samuel Pisar is whitewashed other than mentions that he was a “lawyer for Fortune 500 companies.” The truth is much more sketchy.

Pisar was the longtime consigliere, confidant and one of the last people to speak to Robert Maxwell (aka Ján Ludvík Hyman Hoch) by phone probably an hour before the chairman of Mirror Group Newspapers “fell off” his luxury yacht, the Lady Ghislaine (named for his daughter) on Nov. 5, 1991.

Maxwell, of course, was the father of Epstein’s madam Ghislaine Maxwell. Cozy, isn’t it?

Six serving and former heads of Israeli intelligence services attended Maxwell’s funeral in Israel, while Israeli Prime Minister Yitzhak Shamir eulogized him and stated, “He has done more for Israel than can today be told.”

Read “Israel gives Maxwell farewell fit for hero” from The Washington Post on 11 November 1991- “Herzog delivered the eulogy, the Kaddish was recited by his fellow Holocaust survivor, friend and longtime attorney Samuel Pisar.”

The central organizing precept in these circles is corruption, and a singular, well understood, self righteous thirst for power and wealth.

It emerged after the funeral that, Pisar’s pal and client Maxwell had looted hundreds of millions of pounds from his companies’ pension funds to shore up the shares of the Mirror Group to save his companies from bankruptcy. Eventually, the pension funds were replenished from public funds. The result was that in general, pensioners received about half of their company pension entitlement.

Pisar was an advisor to French presidents François Mitterrand and Valéry Giscard d’Estaing.

“In Paris Pisar, was the intermediary between Epstein and the (French) cabinet.

Many roads lead to Pisar and there are ample clues on the who, what, and whens of this transnational organized crime network.

Pisar represented Armand Hammer in a number of his international negotiations.

Bruce Rappaport and high-level members of the Bank of New York, criminal Russian (code for Jewish) organizations were able to thrive and prosper during a time when the rest of the former Soviet Union crumbled.

Samuel Pisar code name was ‘’The Phoenix’’ and to understand his role you need to look into his close friend from Harvard Ahmed Zaki Yamani. Pisar was also part of the negotiation in the Al-Yamamah arms deal.

Pisar was one of the earliest exponents of détente in the heyday of the Cold War and one of the  advisors to corporations on how to do business with the Soviet Union. The cornerstone of his reputation with the broad public was his 558 page book entitled Coexistence & Commerce: Guidelines for Transactions between East and West.

Steven Jobs spent lots of time with Pisar too. A declassified FBI interrogation statement describes Jobs as a likely intelligence asset of some kind.