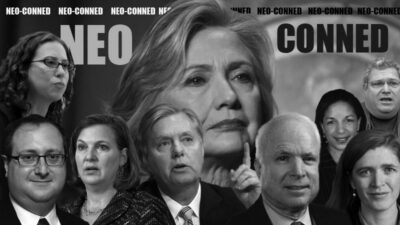 Jewish neocons together is, of course, unconditional defense of Israel and everything it does

Once upon a time United States foreign policy was based on actual national interests, but that was long ago and far away before the country was beguiled into a colonial war with Spain followed by a twentieth century that was chock-a-block full of any type and intensity of warfare that one might imagine, including the use of nuclear weapons.

Some might consider that the United States has become a nation made by war, to include a presumption that all the war-making has been both just and necessary, since America is “exceptional” and by default “the leader of the Free World.”

Witness what is taking place vis-à-vis Ukraine and Russia right now, pressing forward with a full-scale economic war against Moscow while arming one of the belligerents in support of no actual national interest, as if by habit. 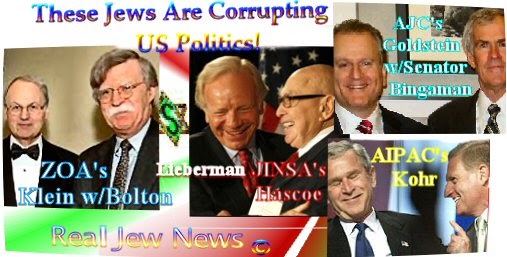 The propensity of American politicians to resort to arms to compensate for their other failures is such that among circles in Washington and the media there has long been a joke making the rounds observing that no matter who is nominated and elected president we always wind up with John McCain.

But if one is seriously concerned about the tendency of the United States to view nearly every foreign problem as solvable if only one uses enough military force, the joke might be updated to suggest that we Americans now always wind up with the Kagans, the first family of neoconservative/neoliberal advocates for an aggressive, interventionist US foreign policy.

Victoria Nuland, the architect of the disaster in Ukraine and a Dick Cheney and Hillary Clinton protege, is married to Robert Kagan and now serving as number three in the State Department. 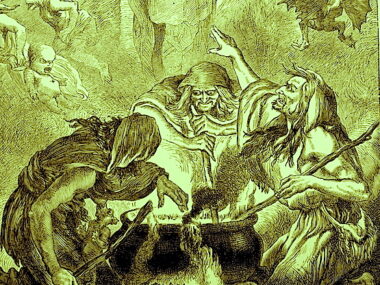 And the bad outcomes are predictable

Robert is the Stephen & Barbara Friedman Senior Fellow with the Project on International Order and Strategy in the Foreign Policy program at Brookings and is also a regular contributing columnist at The Washington Post.

His brother is Fred, currently a resident scholar at the American Enterprise Institute, and Fred’s wife Kimberley is head of the aptly named Institute for the Study of War.

When Congress-critters want to justify a new war, they frequently cite judgements made by one of the various groups associated with the Kagans.

Robert is a frequent contributor to the national media both in interviews and opinion pieces calling inevitably for harsh measures against countries like Russia and Iran while Fred uses his bully pulpit to argue in favor of a large increases in military spending to counter “future threats.”

Fred and Robert are members of the Aspen Strategy Group. They and their father, Donald, were all signatories to the neocon Project for the New American Century manifesto, Rebuilding America’s Defenses (2000). 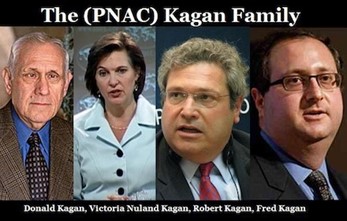 Characteristically, the Kagan brothers love war but expect someone else to do the fighting.

They are both considerably overweight and could never pass a military entrance physical if they were so inclined, which, of course they are not.

The Kagans have been closely tied to the Democratic Party on many social issues and would likely describe themselves as liberal interventionists as well as neocons, since in practice both labels mean the same thing in terms of an assertive foreign policy backed by force.

Plus, their flexibility gives them access to the foreign policy establishments of both major parties, as also does their support of Israeli interests in the Middle East, to include outspoken support of the Iraq War and for a covert war against Iran.

The Kagans are labeled by many as conservative, but they are not reliably Republican.

Donald Trump was much troubled during his 2016 and 2020 campaigns by so-called conservatives who rallied behind the #NeverTrump banner, presumably in opposition to his stated intention to end or at least diminish America’s role in wars in the Middle East and Asia.

The Kagans were foremost among those pundits.

Robert was one of the first neocons to get on the #NeverTrump band wagon back in 2016 when he endorsed Hillary Clinton for president and spoke at a Washington fundraiser for her, complaining about the “isolationist” tendency in the Republican Party exemplified by Trump. 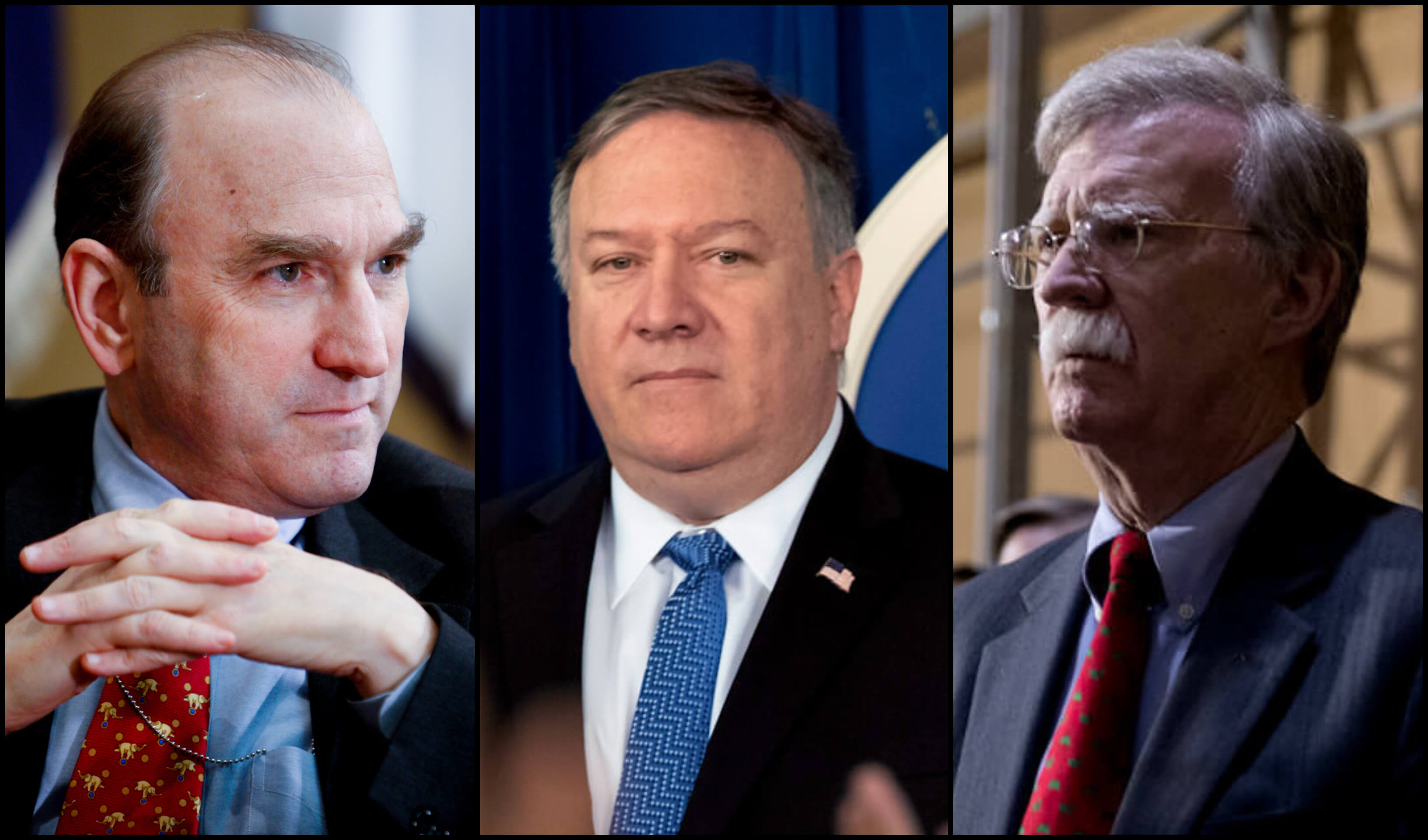 To be sure, some high-profile neocons stuck with the Republicans, to include the highly controversial Elliott Abrams, who initially opposed Trump but later became the point man for dealing with both Venezuela and Iran, attracted by Trump’s hardline with both countries.

Abrams’ conversion reportedly took place when he realized that the new president genuinely embraced unrelenting hostility towards Iran in particular as exemplified by his ending of the Joint Comprehensive Plan of Action (JCPOA) and the assassination of Iranian general Qassem Soleimani in Baghdad.

John Bolton was also for a time a neocon in the White House fold, though he later became an enemy after being fired by the president and then wrote a book critical of Trump.

Even though the NeverTrumper neocons did not succeed in blocking Donald Trump in 2016, they maintained relevancy by slowly drifting back towards the Democratic Party, which is where they originated back in the 1970s in the office of the Senator from Boeing Henry “Scoop” Jackson.

A number of them started their political careers there, to include leading neocon Richard Perle.

It would not be overstating the case to suggest that the neoconservative movement together with its liberal interventionist colleagues are dominating foreign policy thinking across the board in Congress and the White House.

That development has been aided by a more aggressive shift among the Democrats themselves, with Russiagate and other “foreign interference” still to this day being blamed for the party’s failure in 2016 and for its dreary prospects in midterm elections later this year.

Given that mutual intense hostility to Trump, the doors to previously shunned liberal media outlets have now opened wide to the stream of foreign policy “experts” who want to “restore a sense of the heroic” to US national security policy.

Eliot A. Cohen and David Frum have been favored contributors to the Atlantic while Bret Stephens and Bari Weiss were together at the New York Times prior to Weiss’s resignation.

Jennifer Rubin, who wrote in 2016 that “It is time for some moral straight talk: Trump is evil incarnate,” is a frequent columnist for The Washington Post while both she and William Kristol appear regularly on MSNBC. Russian-Jewish import hardliner Max Boot is a regular feature contributor at the Post.

The unifying principle that ties many of the mostly Jewish neocons together is, of course, unconditional defense of Israel and everything it does, which leads them to support a policy of American global military dominance which they presume will inter alia serve as a security umbrella for the Jewish state.

In the post-9/11 world, the neocon media’s leading publication Bill Kristol’s The Weekly Standard virtually invented the concept of “Islamofascism” to justify endless war in the Middle East, a development that has killed millions of Muslims, destroyed at least three nations, and cost the US taxpayer more than $5 trillion.

The Israel connection has also resulted in neocon political and media support for the currently highly aggressive and dangerous policy against Russia, due in part to its involvement in defense of Israeli target Syria.

In Eastern Europe, neocon ideologues have aggressively exploited the largely illusory policy of “democracy promotion,” which, not coincidentally, has also been a major Democratic Party foreign policy objective, both coming together nicely to justify the current chaos in Ukraine.

The neocons and liberal interventionists are involved in a number of foundations, the most prominent of which is the Foundation for Defense of Democracies (FDD), that are largely funded by Jewish billionaires and defense contractors.

FDD is headed by Canadian Mark Dubowitz and it is reported that the group takes direction coming from officials in the Israeli Embassy in Washington.

Other major neocon incubators are the American Enterprise Institute, which currently is the home of Paul Wolfowitz, and the School of Advanced International Studies (SAIS) at John Hopkins University.

Foreign policy hawks including Antony Blinken, Wendy Sherman, Nicholas Burns, Susan Rice and Samantha Power are calling most of the shots given Biden’s senility but with neocon political and media support.

Unfortunately, nowhere in Biden’s foreign policy circle does one find anyone who is resistant to the idea of worldwide interventionism in support of claimed humanitarian objectives, even if it would lead to an actual shooting war with major competitor power Russia and also possibly China. In fact, Biden himself embraces a characteristically extremely bellicose view on a proper relationship with foreign nations “claiming that he is defending democracy against its enemies.” His language and authoritarian governing style leave no wiggle room for constructive dialogue with adversaries. The script being written by his Administration on how to deal with the rest of the world promises nothing but unending trouble and quite possibly sharp economic decline in the US for the foreseeable future.